The anatomy of a Snapchat influencer: insights from Emily McDonnell, head of talent partnerships

Posted by Louise Whitbread in Reports

Instant messaging app Snapchat has come a long way since the early days of self-deleting conversations and puppy filters. It’s now a lucrative platform for content creators with bountiful opportunities for creativity and collaboration.

CORQ’s editor Louise Whitbread sat down with Emily McDonnell, head of talent partnerships in the UK, Nordics and The  Netherlands for Snapchat, to dissect what makes a successful Snapchat influencer, and discuss its highly engaged audience and huge reach among Gen Z audiences and the opportunities it offers for brands and users.

McDonnell joined Snapchat in September 2021, bringing a wealth of experience in influencer marketing, having previously held positions at Bumble and Google, along with running her own consulting company. “One of the reasons I joined is because it’s a platform where you can build and grow your business by showing up as your authentic self. We also reach 90% of 13-24 year-olds, so it’s really tapping into Gen Z. I think we all know how important the younger demographic is when it comes to purchasing power, so it’s really exciting.”

The ‘Snapchat generation” as McDonnell describes, holds over $4.4 trillion in spending power globally – a goldmine for brands. However, it’s not just Gen Z audiences. Snapchat also reaches 75% of 30-34 year olds in the US, UK, France and Australia. There are currently 319 million daily active users, which in Q4 2021, grew by 16 million.

Describing the creator scene on Snapchat as “strong and growing”, McDonnell revealed the top categories on the app driving engagement are comedy, beauty, lifestyle, pranks and music, citing Abby Roberts as one of the biggest Snap Stars – public figures and creators who the app deems to “bring some of the best and most entertaining content.”

“The content [Roberts] shares is her daily life through her Snapchat Stories. It could be either new beauty products she’s bought or new shoes or just showing different sides of her life. On Spotlight, our vertical scrolling feed of short-form content that’s between four and 60 seconds long – which launched in November 2020 – she does really amazing makeup transformations on there as well,” she explained.

Fashion, beauty and lifestyle Youtuber Emily Canham is another who performs well on Snapchat thanks to her openness in sharing her entire day with her followers, from her morning routine to the minute she goes to bed. She announced the launch of a syndicated show with the platform earlier this month, covering her experience buying her first home and the renovation plans.

According to McDonnell, the beauty of the platform is its highly engaged audience, as once a creator is verified, their Stories will then appear in the Discover tab which gets updated daily. She compares it to TikTok’s For You page: “It means your content is going out to hundreds of millions of people, but this is also available for popular users as well – meaning they have developed a following on the app without being verified, which is potential for both emerging and known talent, so you can grow really fast.”

The top performing content on the platform is personal, emotional and authentic, and isn’t super stylised or heavily edited. Unlike other social media giants, Snapchat doesn’t allow public comments, likes or visibility on who’s following who, which is a deliberate choice to avoid trolling, misinformation and hate speech – an undoubtedly driving force in influencers joining the app. 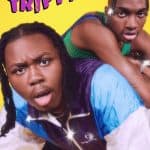 “I’ve had talent tell me they feel so much safer on Snapchat,” she told CORQ, adding, “because it’s all about those daily moments and the behind the scenes, it’s not driven by an aesthetic feed per se, people are more open, relaxed and feel more confident posting things that they might not post on other platforms.”

This structure points to a growing appetite for relatable, accessible content as opposed to the aspirational format we’ve seen dominate Instagram, with carefully constructed feeds of monochrome outfits, interior inspiration and latte art, filled with filters, photoshop and a general lack of authenticity.

Snapchat supports its creators building a personal brand and monetising their content through the Spotlight feed. There’s no pre-approval, subscriber minimum or limitations on who can be on Spotlight and McDonnell revealed they pay out millions of dollars per month to the top performing Spotlight creators. As a result, creators are not dependent on brand collaborations to be paid for their content. Syndicated shows are also monetised, adding another way for creators to build their personal brand.

It was announced in February that mid roll ads are currently in beta testing with a select group of US influencers, which is a new format designed to support creators and businesses. The creator hosting advertisements within their feed will then earn a share of the ad revenue, dependent on audience engagements and how consistently they post.

That’s not all, in Snapchat’s bid to attract top talent and keep them posting on the platform, they offer another revenue stream through gifting. “Fans can buy automated digital gifts which look a bit like an emoji, and all have different values. Through our store, fans can purchase a gift and a share of the gift will then go straight to the creator. If I, for example, gift my favourite creator, my message will appear in the top of their inbox, so it’s more likely they will see it and then engage with me.”

It’s an avenue for communities to financially support creators they love watching without having to buy into a brand collaboration, or feel like they’re being bombarded with ads. There’s also a Creator Marketplace launching soon, McDonnell tells me, which will allow brands to discover new, verified talent directly through the platform.

It’s an impressive turnaround from 2018 when it was dogged by backlash to a redesign, tech issues on its Android apps and competition from Instagram Stories – which offers the self-deleting content Snapchat started out with. In its Q2 2018 results, Snapchat’s parent company Snap saw a 1.5 percent decline in users from 191 million to 188 million.

However, recent steps taken since then, with a specific focus on Spotlight, demonstrate Snapchat’s dedication to being the number one platform for Gen Z audiences, boasting a clear, collaborative strategy working with emerging and macro creators.

With a steadily growing active user base and investment in fostering close-knit communities between creators and followers, 2022 looks bright for the platform, and certainly a competitor for the likes of TikTok and Instagram. 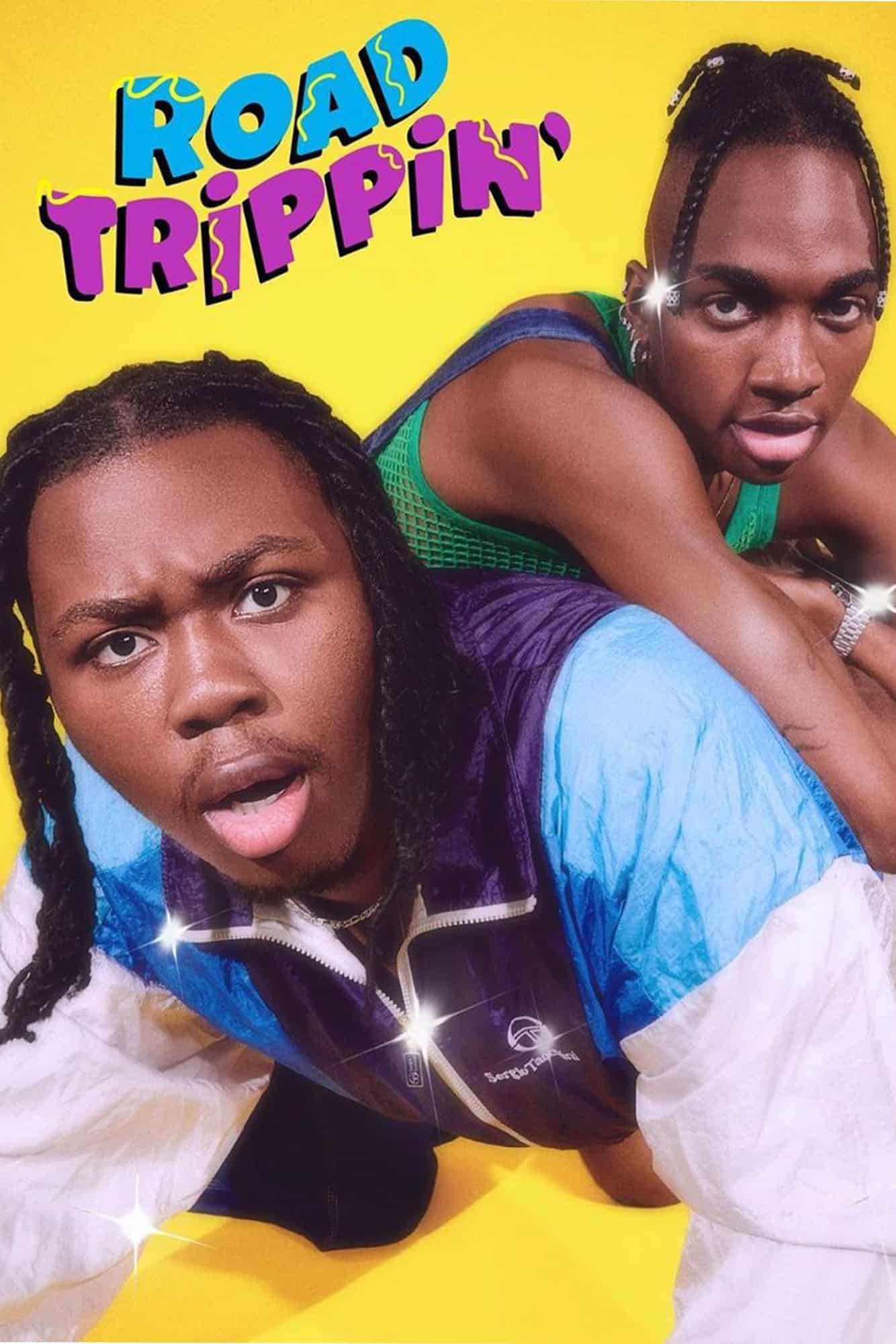 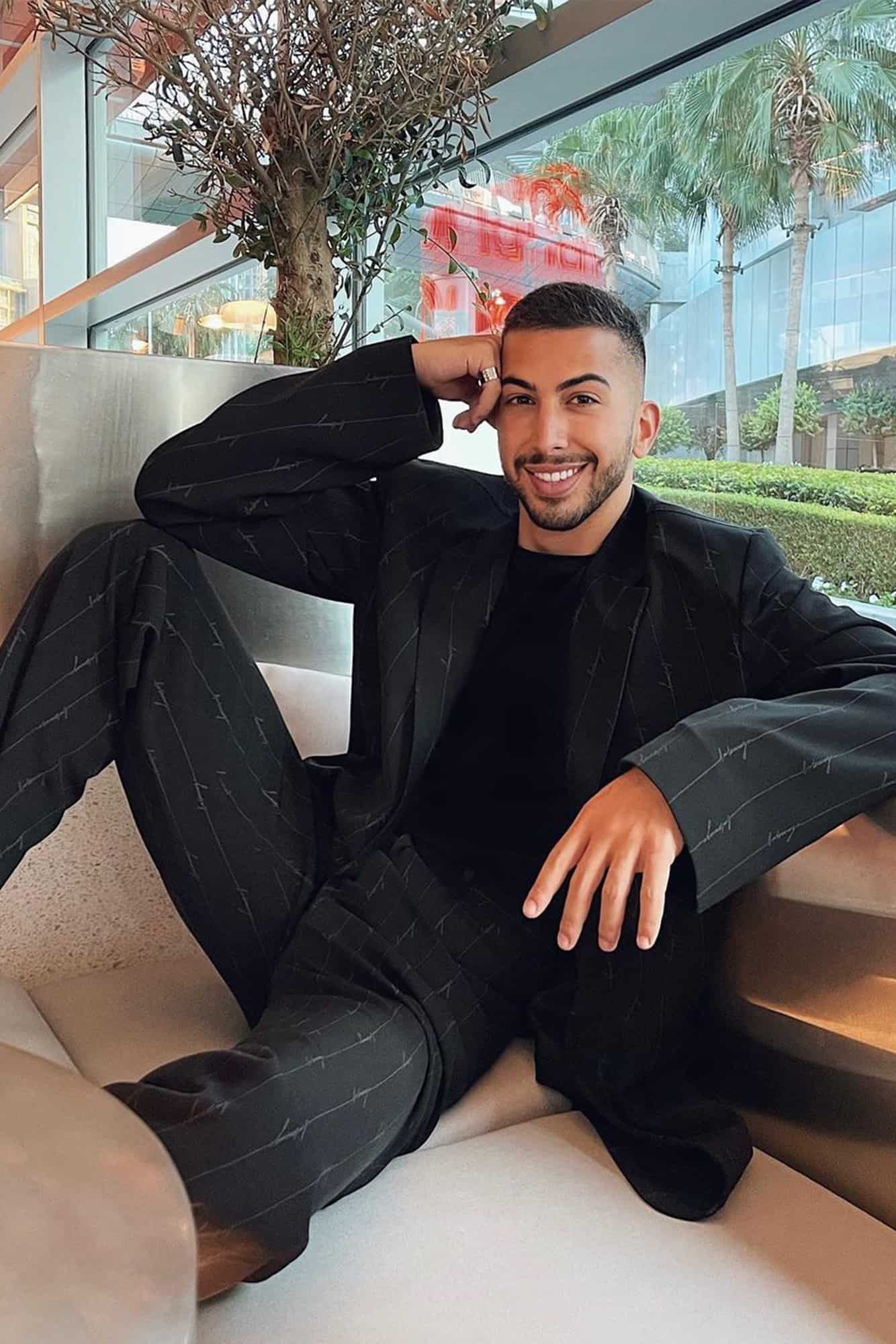 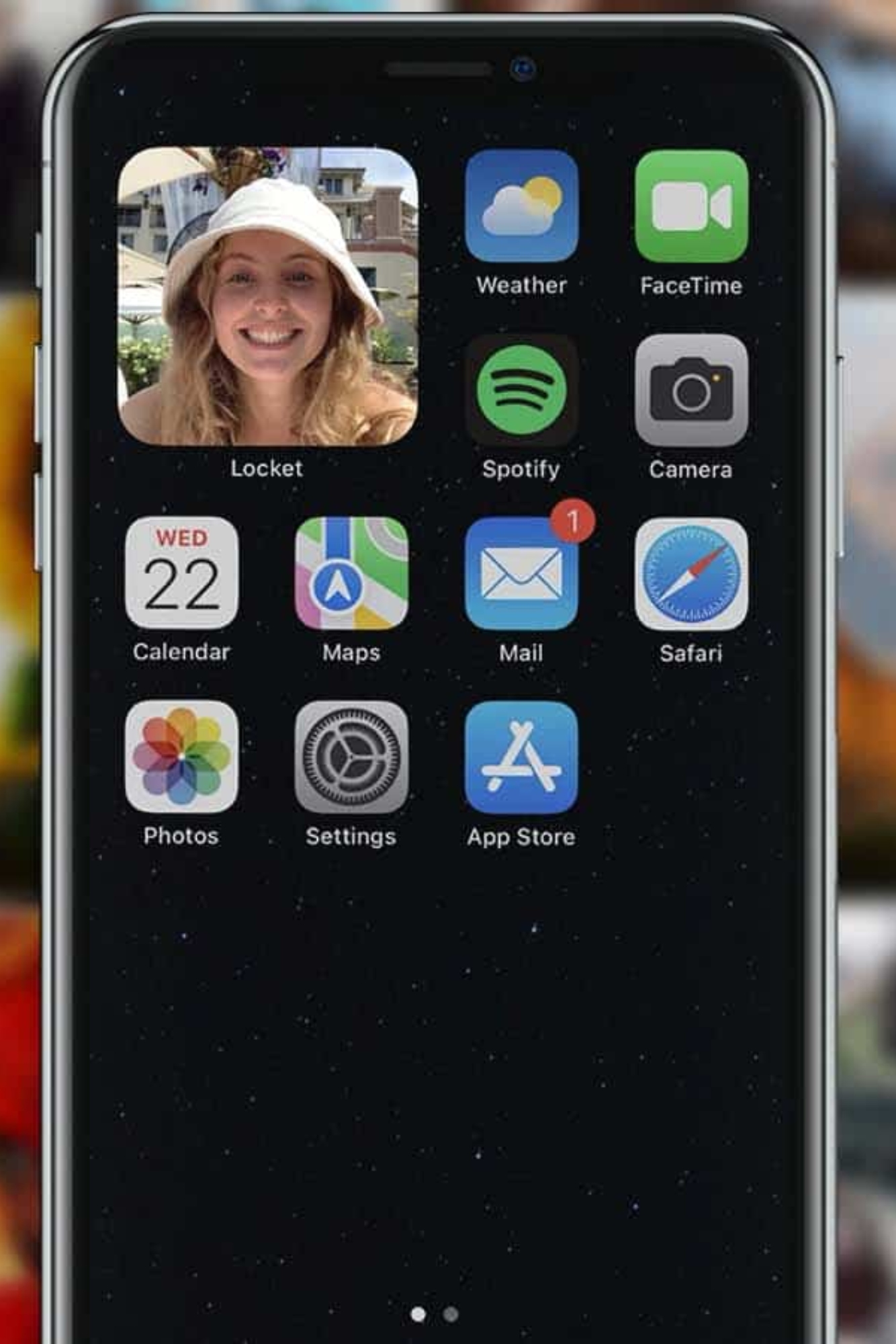 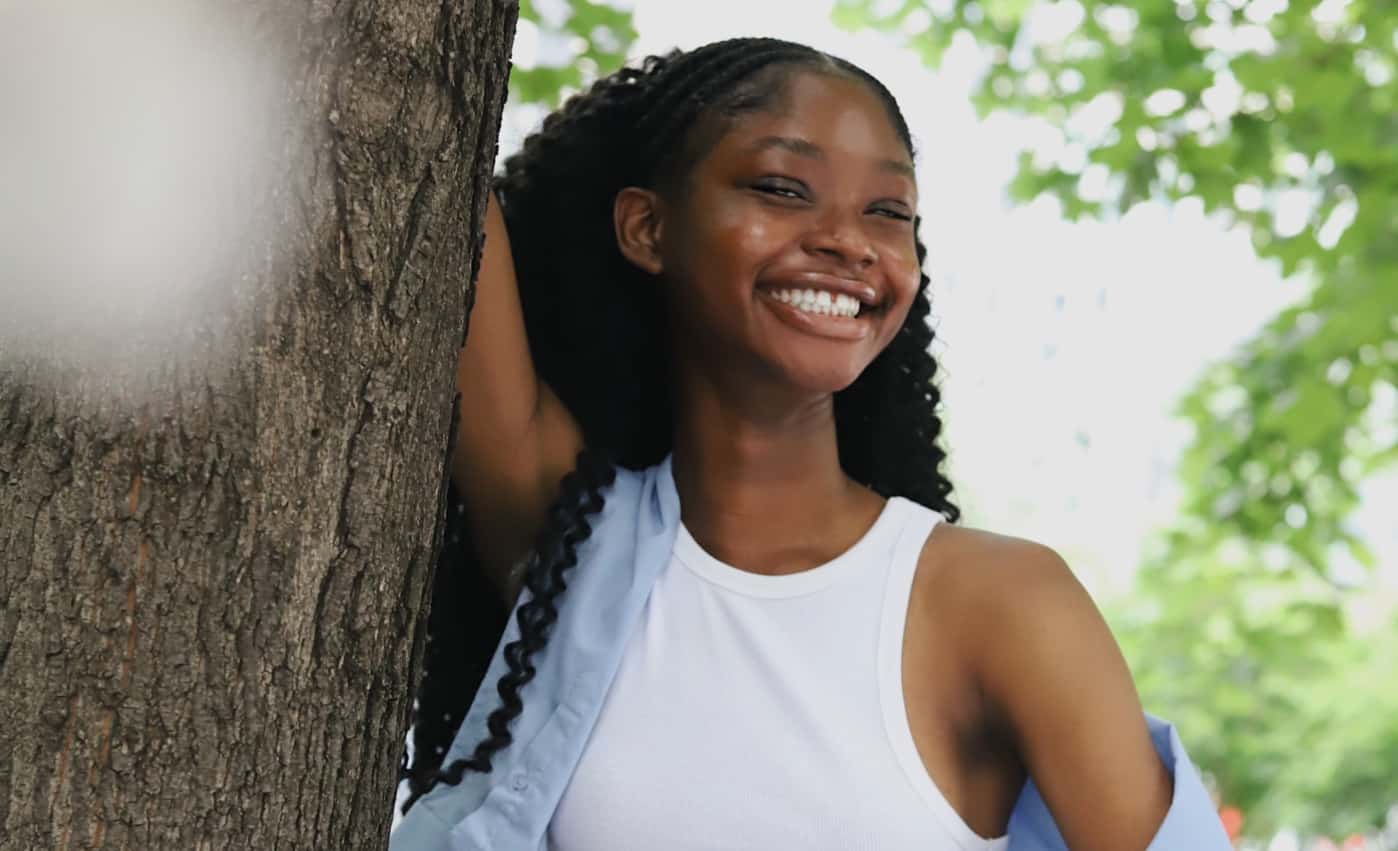